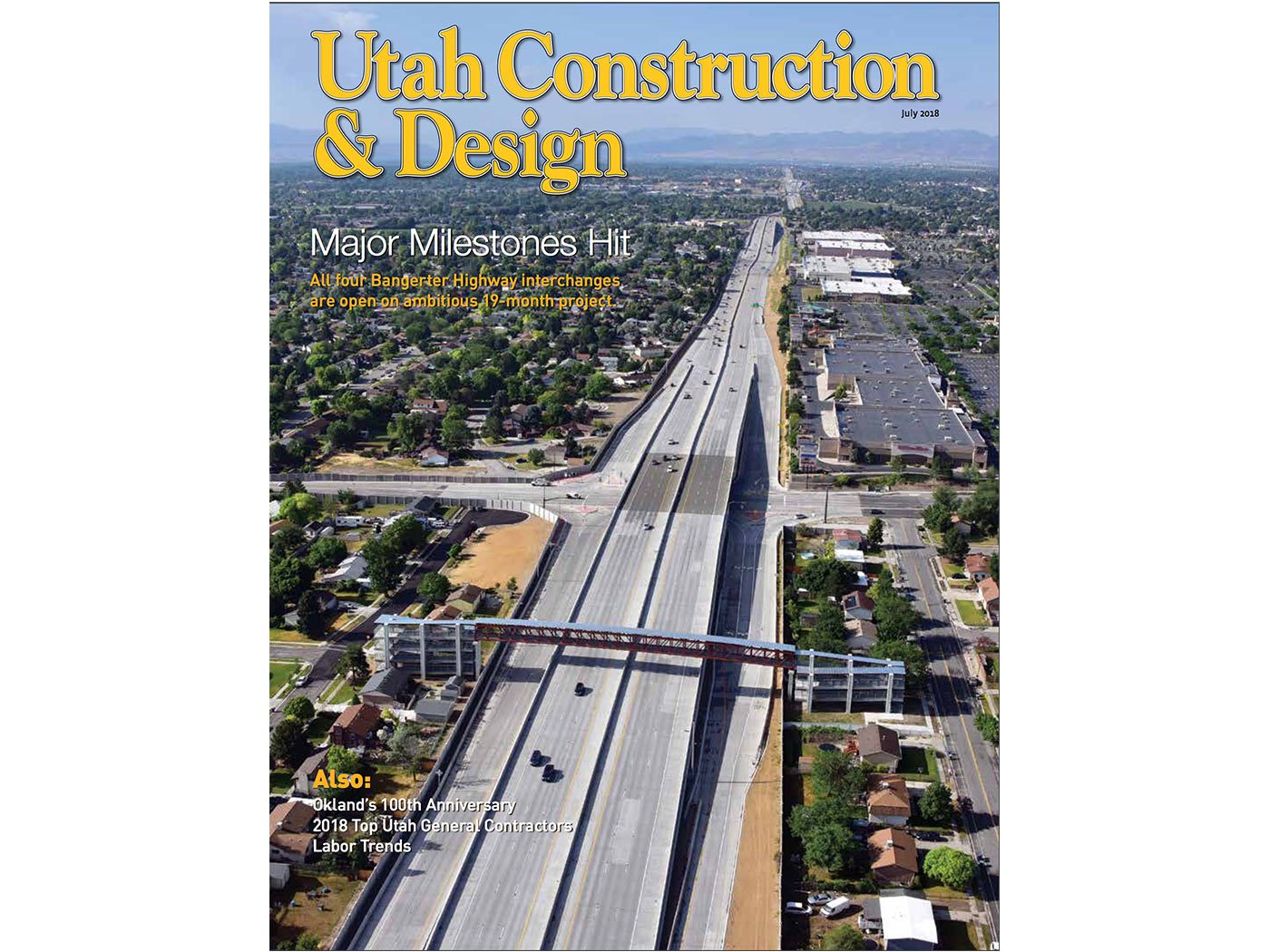 A major milestones has been checked off as work is now completed on 4 major intersections on Bangerter Highway that have been converted to interchanges, eliminating all stop and go traffic.

Construction and design professionals working on Utah Department of Transportation projects surely have heard this now-commonly-used phrase, UDOT’s go-to 21st Century motto that in essence states that the Department will do anything in its power to design, build and maintain roads, highways, bridges and interchanges that allow traffic to flow as continuously and seamlessly as possible.
Which means much of the burden for executing these incredibly complex, highly technical projects on time and within budget falls on the shoulders of design consultants and contractors, the latter of which are also tasked with maintaining a comprehensive traffic plan that is ultimately safe and provides minimum disruption to the flow of daily vehicles. In the case of the Bangerter Four Interchanges project, it meant coping with an estimated 60,000 vehicles per day (average daily traffic or ADT for the Bangerter Highway Corridor), which meant an ever-changing mix of traffic routes during demolition and rebuild stages. Each of the four interchanges, had they been built individually, would have been sizeable projects.

Read the rest of the article