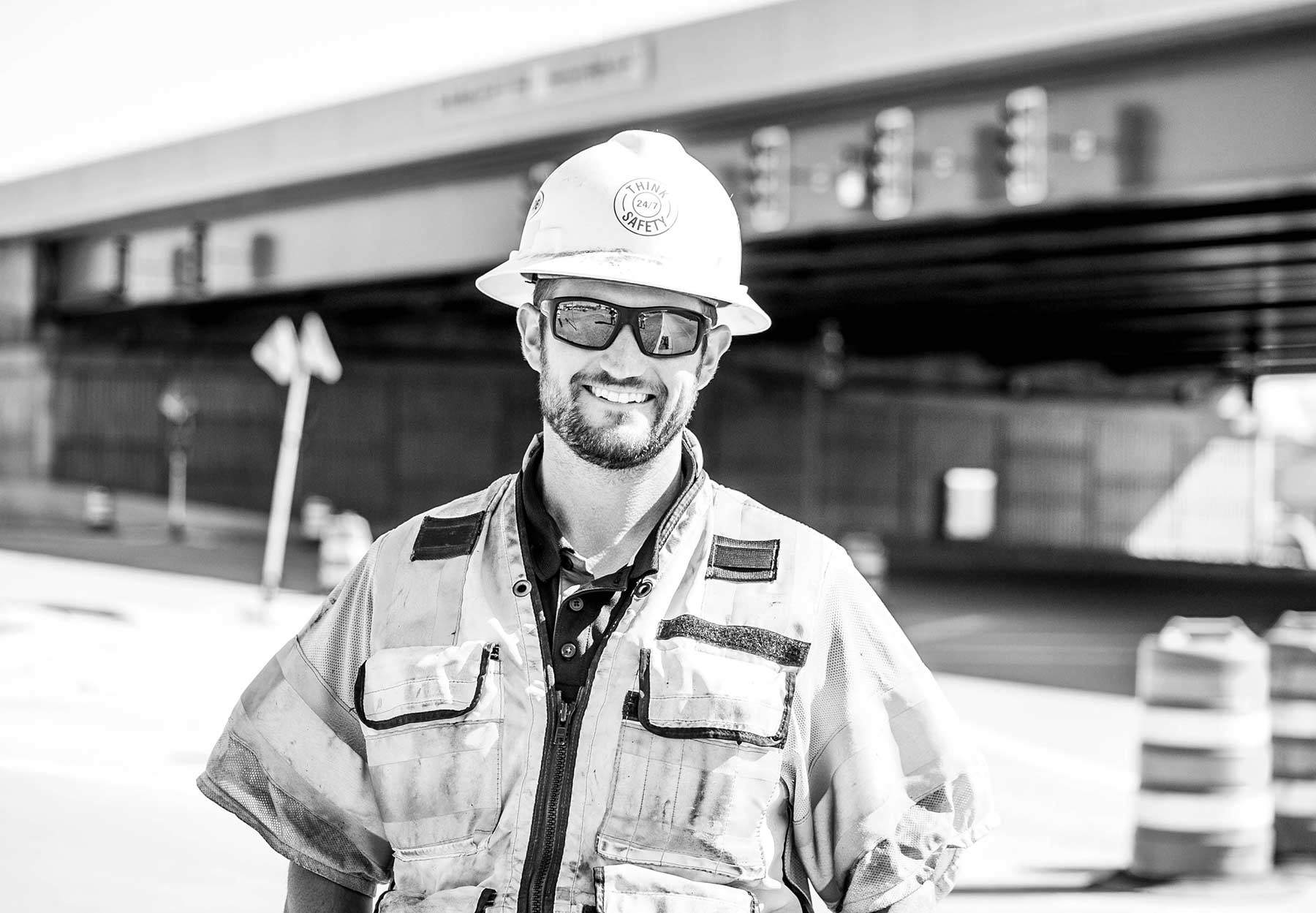 Evan McDowell’s life has taken him across North America.

A native of Vermont, he graduated with a degree in civil engineering from Dalhousie University in Canada before starting his first job in the oil industry. However, he always imagined performing work in the construction field.

“I always saw myself building bridges and roads,” Evan said. “That’s what I planned on doing out of school, but this oilfield job kind of fell into my lap. I came to WW Clyde to get back to the basics of what I had gone to school for.”

Evan began working at WW Clyde in July 2019 after doing research on construction companies in the valley.

“I knew I wanted to move out West somewhere,” Evan said. “I did my research and chose Utah. One of the biggest things that brought me here and keeps me here is that I really love the company culture of WW Clyde. I’ve found that they really care about family and work-life balance. The environment and the people I work with are why I love it.”

Evan acknowledged the comradery he felt in the WW Clyde family from the start.

“I joked with friends that the company president already knew me by my first name within the first couple of months on the job,” Evan said. “I thought that was so cool. Every time I see him now, he’s asking how I’m doing. I definitely don’t feel like a number on a piece of paper. I’m an actual employee that’s valued.”

Evan works as a project manager. The biggest project he’s contributed to is the award-winning Bangerter Three Interchanges project, set to be complete this year.

“I love watching the physical project being built,” Evan said. “It’s very complex work that requires a lot of coordination, time, and planning to figure out how to make it happen. Watching it come together is my favorite thing. Knowing how much blood, sweat, and tears are put into a project gets me out of bed every day.”

Having worked his way up from a lower-level position at his first company, Evan has enjoyed receiving similar opportunities at WW Clyde.

“I joined WW Clyde as a field engineer to gain everyday knowledge from the engineering side. I ended up getting promoted very quickly to a project engineer and now to a project manager.”

Evan will forever appreciate the learning opportunities given him combined with the people of WW Clyde.

“It’s more rewarding than any other job that I’ve ever worked,” Evan said. “Being able to watch stuff get built right in front of your eyes while working with some pretty amazing people is an incredible experience.”