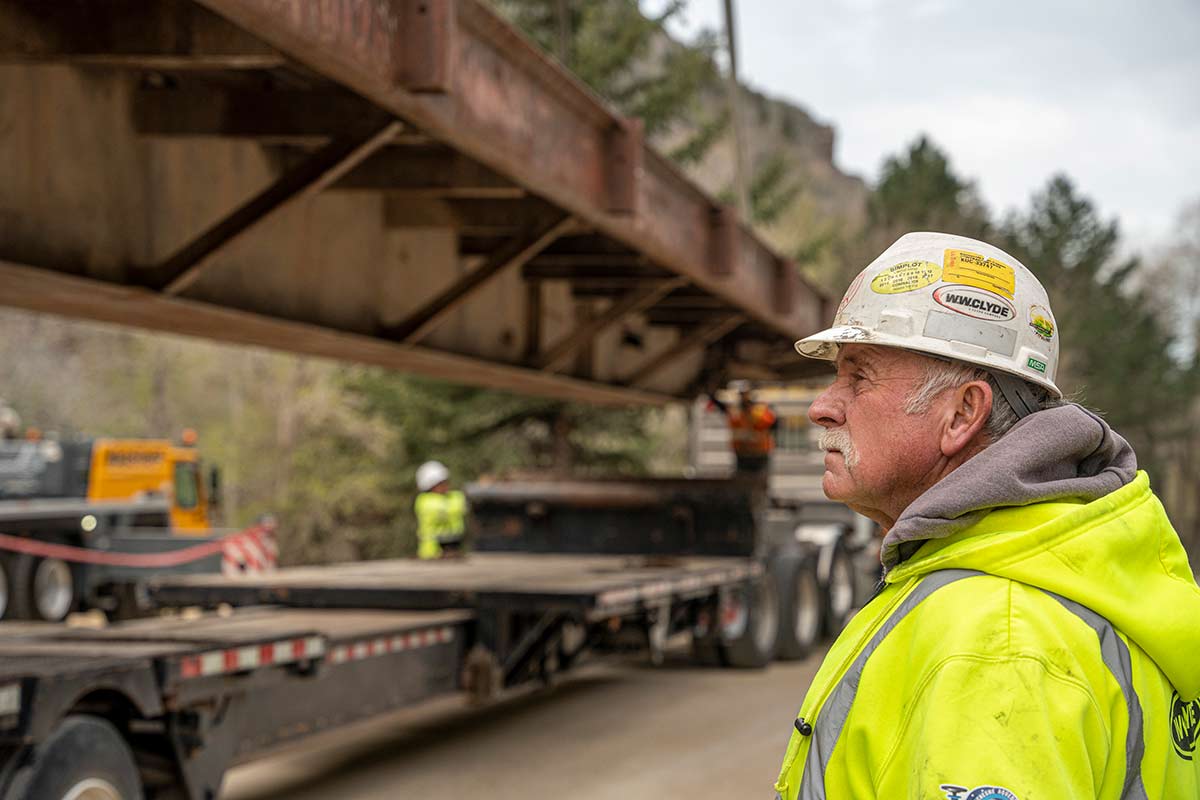 He said not many projects can compare to the beauty of this one, with the towering 607-foot, double cataract waterfall in Provo Canyon serving as a majestic backdrop to the construction site.

“It’s been a good project,” said Muir, a soft-spoken, hard worker who graduated from Wasatch High in 1974 and worked for Shocker Construction for five years before joining WW Clyde in 1979. His father, Bob, worked in construction as a truck driver, operator, and superintendent, so construction was a natural career path for Muir. He said he’s always enjoyed the work, particularly learning new techniques and technologies that help expedite work safely and efficiently.

Muir has worked under seven different WW Clyde leaders during his 43 years at
the company, including current President Dustin Olson, who Muir said worked for him as an intern on the Utah Olympic Park Ski Jump project in Park City.

Memorable projects include a highway project from Salina to Sigurd in the mid 80s and the Point-of-the-Mountain Aqueduct pipeline from 2007-2008 in Draper and Sandy. He said it was a “unique job” with the company utilizing slide rail shoring for the first time.

Muir, who lives on a farm in Wallsburg in nearby Wasatch County, said he’s “going from two jobs to one” as he’ll continue to raise cattle and grow alfalfa and hay on 180 acres of leased land.