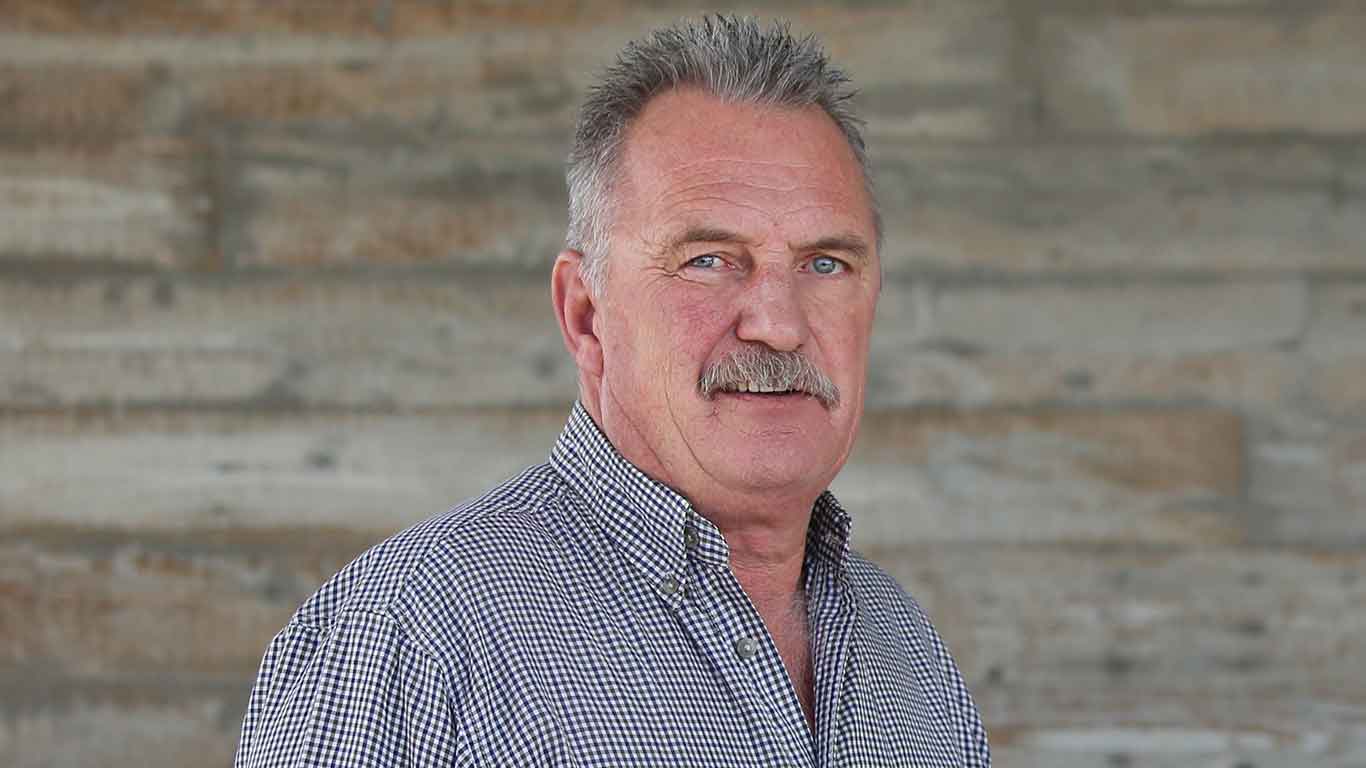 Brett Hanni recently retired from the WW Clyde family after working for the company since 2003. The construction industry had always come easy to him, until a recent stroke presented the biggest challenge of his career.

As a child, Brett often looked up to his father, a hard-working construction worker who spent his entire career with the Kiewit Corporation. When it came time for Brett to begin his own career, he turned to that same company.

“I lived in Idaho for 21 years and went all over the western United States working with Kiewit,” Brett said.

Brett started as a surveyor, quickly progressing to a foreman on grading jobs, and then to a superintendent within six years on the job.

However, after two decades, Brett would have to move from his home to Arkansas or seek employment elsewhere. Brett chose to stay close to family and found new employment with WW Clyde.

“A good friend of mine working for me at Kiewit left for WW Clyde a few years before I did,” Brett said. “So, I was very familiar with the company. My friend still works for WW Clyde today.”

Brett finished his career as a superintendent at WW Clyde, loving the unique challenges it provided each day.

“I enjoyed being out in the field helping crews make decisions and doing whatever had to be done to keep the job going,” Brett said. “I did have to spend some time in the office scheduling and whatnot, but the favorite parts of my days were spent in the field.”

Things changed significantly for Brett in August 2020, however, when he suffered a stroke.

“It kind of scrambled up my brain a little bit,” Brett said. “I’ve always been pretty strong with math, and I still am, but sometimes the wording is harder than it used to be.”

Brett returned to work after 12 weeks but not without struggles. He continues to work through challenges on a day-to-day basis. Through various medication changes and physical therapy sessions, Brett has seen the return of most bodily functions.

“It just takes some time to be able to get back to doing the things that you used to do,” Brett said. “There are just a few things that the stroke took away from me that probably won’t come back.”

With ‘We Value People’ being a core value of WW Clyde, Brett appreciated the company always having his back.

“WW Clyde did everything in their power to help me,” Brett said. “There were a lot of things in the company I could still help with after my stroke, which I was grateful for.”

Brett particularly enjoyed mentoring those who worked for him and had some words of advice to the next generation of workers beginning their career.

“If you’re working for a company that wants to train you—and Clyde Companies does a great job of developing and training—there’s no limit to where you can go,” Brett said. “WW Clyde is big enough to let anybody grow and get you to where you want. Things will show up for you if you work for it.

“Don’t move around to just move around from company to company. The more you’re loyal to one company, the more they’re going to be loyal to you. The more diverse you can get in the industry, the better off you’ll be.

“I think that WW Clyde is a good company — safety, production, all of it. I’ve seen companies that aren’t, but WW Clyde was a very good company for me.”