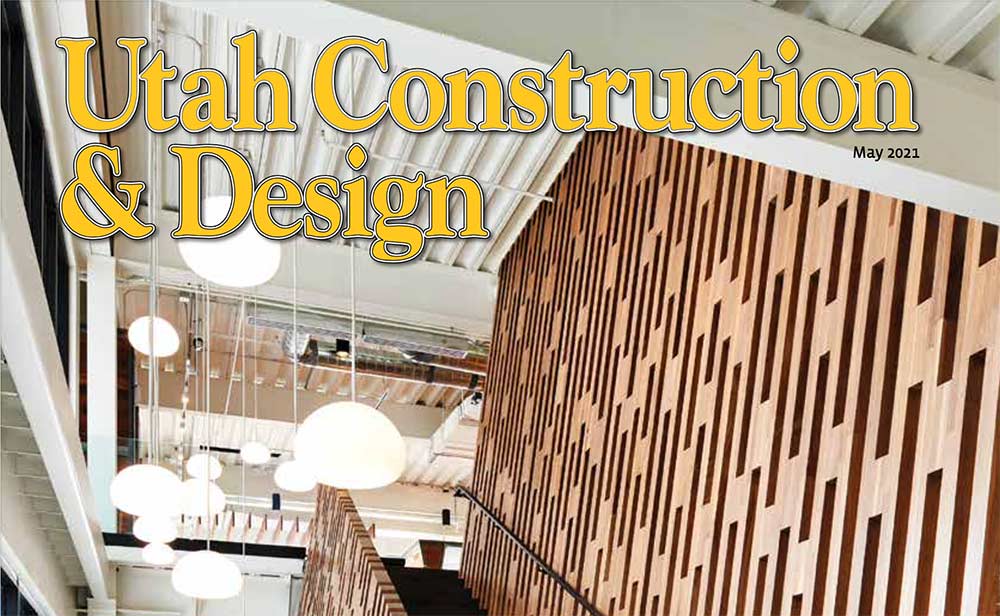 Jeff Mikell didn’t mince words when he talked about the challenges associated with constructing the latest Bangerter Highway reconstruction—this one dubbed “Bangerter Three Interchanges,” as it calls for new grade-separated interchanges at 6200 South, 10400 South, and 12600 South on the bustling Salt Lake County west side corridor.

Mikell was also on the $240-million Bangerter Four Interchanges project that wrapped up near the end of 2018, so he’s well-versed on how difficult it is to transform traditional intersections into full-on highway interchanges.

With highway traffic speeds approaching 75 mph interacting with traffic on cross streets moving at 35mph, it’s a unique mix of both city and highway driving, according to Mikell, who has 35 years of construction experience— including the past 13 years with WW Clyde.

“Bangerter Three is as much work as Bangerter Four, with a similar size and schedule, but it’s proven to be more complex and costly. But we have a lot of synergy with our team and [UDOT Project Director] Marwan [Farah] on the UDOT side,” Mikell said. “Been there, done that.”

Farah said he’s spent the past 10-plus years working on various Bangerter Highway projects, which have greatly increased the efficiency of the SR-154 corridor. “It’s been rewarding to see the transformation of this corridor into a nice highway,” said Farah. “One of the goals of the Department is enhanced mobility, and this corridor is expected to have 60,000 daily motorists on average, and by 2040 that is expected to double.”

Mikell and Wiscombe said a significant challenge is maintaining the existing traffic flow and volumes of 60,000 daily vehicles, given the limited right-of-way and available work zones for actually building project improvements. Some closures are allowed for safety and logistics, but for the most part, the design-build team provided unique, innovative traffic control measures and work phasing plans to ensure work progressed on schedule while minimizing the construction impact on the traveling public. It has been a Herculean feat for all involved, especially considering the effects of the COVID-19 pandemic.

Like dozens of construction projects that kicked off in the first 10 weeks of 2020, Bangerter Three Interchanges was initially impacted by COVID-19, forcing the project team to make significant adjustments on the fly as soon as formal precautions started on March 14. All meetings immediately went virtual, and it took a couple of weeks for crews in the field to adapt to new protocols of mask-wearing and social distancing.

This project is the only large UDOT design-build (D/B) project of its size and scope to be designed and constructed entirely during the pandemic. Within 10 days of the Notice-to-Proceed, the project office was forced to shut down and more than 50 employees—including UDOT and D/B team members—switched to remote work during the six-month design phase. It was no small task to do this work efficiently via virtual meetings and the lack of face-to- face collaboration.

Fourteen months later, the project is on budget and on schedule to finish at the end of 2021, a testament to the hard work and innovation of all firms involved, from designers and contractors to UDOT personnel. “It’s remarkable where we’re at with all the circumstances we’ve faced starting last year—we continue plugging away,” Farah said. “We had some material delays [initially], but we were able to move materials between the [three major interchange] job sites based on needs.”

“Things are going really well,” added Mackenzie Smith, Resident Engineer
for Region 2, at an April 15 UDOT press conference near the 12600 South Interchange site. “We’ve been able to work through issues and delays caused by COVID. In the last two months, this whole section has been excavated and removed, walls have been built, and we’re getting ready to set girders next week. We’re moving!”

For designers and project managers, working remotely and collaborating via virtual meetings has simply been what everyone needed to adapt to. It hasn’t always been easy given the nature of big D/B projects and the level of communication required to hammer out intricate details of a nearly quarter-billion-dollar project. Many have lamented missing opportunities to talk in a one-on-one setting after main meetings.

“It’s the meeting after the meeting you miss,” said Dayle Coburn, Project Manager for Midvale-based Michael Baker International, one of two lead design firms on the project. “With networking, after a meeting you pull someone aside, go into a corner and talk, and none of that happens with a virtual meeting.”

Despite the COVID-driven obstacles presented by virtual meetings and enhanced on-site safety protocols, the project has been a success thus far according to Robert Stewart, UDOT Region 2 Director.

“I can’t say enough about our [construction and design] community— they didn’t flinch,” said Stewart. “They’ve taken in stride the supply side ramifications of COVID. It’s not just this project, it’s every project. We haven’t slowed down at all in terms of delivering projects. It shows where our industry is. Our contractors? I’d put them up against anyone in the country on delivering projects.”

View the Article in Utah Construction and Design, May 2021