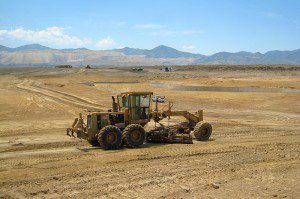 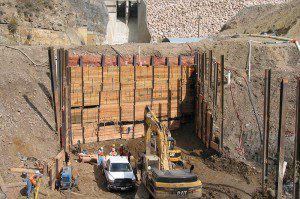 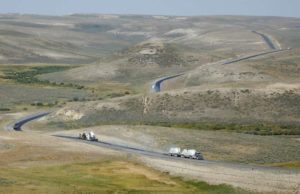 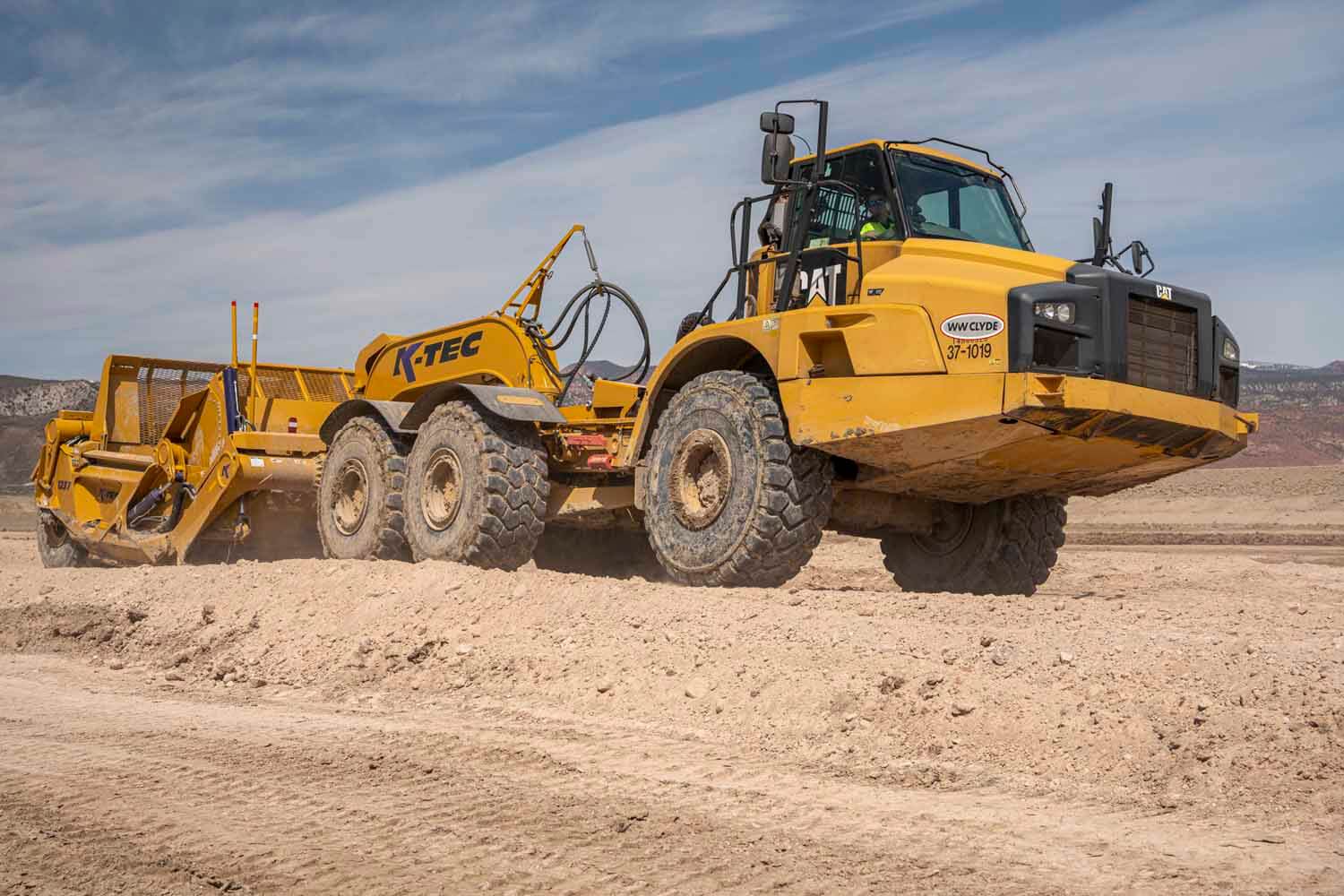 The Richfield City Sewer Lagoon project consists of reconstructing three large sewer ponds and constructing a clay liner in each. It includes 750,000 cubic yards of earthwork, 13,500 cubic yards of rip rap, 83,000 cubic yards of imported clay, three concrete transfer structures, and four inlet structures. The earthwork is being moved with K-Tech scrapers pulled with Cat 740’s, Cat 623 scrapers, and LPG D6 dozers. Other equipment being used includes excavators, 740 rock trucks, rollers, and graders. The clay is being imported from across town in double belly dumps.

Our approach to the wet ground conditions, low ground pressure equipment is critical to the project. The K-Tech scrapers have proved to be very valuable in these conditions. Machine controlled dozers, excavators, and graders have all contributed to the success of this project. Another successful approach used was constructing roadways in the bottom of the ponds so that the double belly dumps could enter the ponds and dump where the clay is needed rather than stockpiling it and moving it with scrapers. The original spec called for the clay to be mixed with native soil in a pugmill and then placed, but crews have been able to successfully place the clay on top of native soil in the pond and disc it into the ground 12″ deep. This proved to be a more efficient way to place the clay liner.

A very high water table has been the biggest challenge with this project. Dewatering trenches and pumping was used to lower the water table as much as possible. Low ground pressure equipment played a very important role in being able to move the dirt in an efficient manner. Many approaches were considered to deliver the clay to the ponds, however, it was ultimately decided that constructing ramps and roadways for the belly dumps to enter the ponds and dump clay directly where it needed to go would be the most efficient solution. With the wet conditions, it was doubtful that this could be done, but with an extra dewatering effort and careful planning of the haul routes, WW Clyde was able to accomplish it and save a lot of cost on the project.