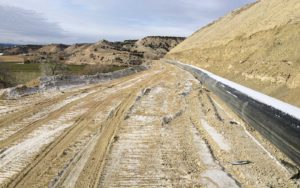 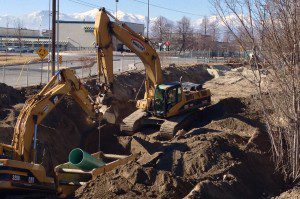 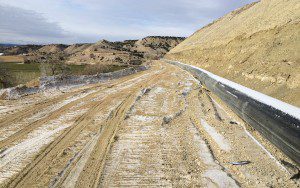 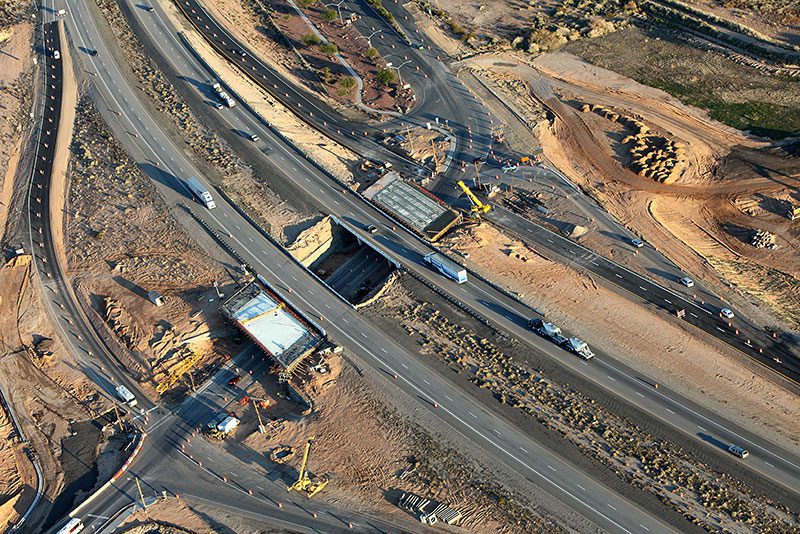 This project was located on I-15 at the border of Arizona and Nevada (Exit 120). The project included the replacement of 2 I-15 structures, ramps, improving horizontal and vertical constraints of Falcon Ridge under I-15, and roadway improvements. Our innovative design utilizing Accelerated Bridge Construction (ABC) techniques was not prescribed by the owner. It successfully delivered the first ABC structure slide in Nevada’s history, 6 months ahead of NDOT’s schedule, and 40% under their original budget. This innovative bridge slide occurred in connection with the FHWA conference held in Mesquite focusing on ABC training. Over 28 different states had representatives in attendance and all of those offering feedback commented on the organized project site and the smooth process of the bridge slide.

This project has been recognized locally and nationally for its success. It has been highlighted in several engineering magazines and was a feature article on the FHWA’s webpage. The project has received 6 awards: 3 Project of the Year awards and 3 partnering awards including the Marvin M. Black Excellence in Partnering Special Recognition Award, the International Partnering Institute’s highest award (Partnered Project of the Year – Diamond), and NDOT’s only Gold Excellence in Partnering Award given in 2012.